What to do on a nice warm sunny day in Seattle? Go on a mini hike through Discovery Park. On a warm sunny day Nana and I decided to go explore Discovery Park in the Magnolia neighborhood. It has been a while since I last was here, and some memories came back-mostly at Fort Lawton’s Historical District.

First I started off on the discovery trail loop toward the West Point Lighthouse at the tip of the park. Being at warm sunny day in the middle of the week, I saw a few trail runners, dog walkers, joggers and a few other day hikers along the trail. Along the North Beach trail, there were a few paddle boarders, sail and fishing boats in the bay, but a the beach was pretty much deserted. A beach to one’s self is rare moment to be treasured!

At the West Point Lighthouse there was hardly anyone around on the beach and a very peaceful quiet setting with a marvelous view of the Olympic Mountains across the bay. Here is where I ate my lunch in a shade of a tree in the backyard of the lighthouse keeper’s cottages. Two lighthouse keeper’s cottages look to be in sad disrepair compare to how the lighthouse looked. The lighthouse is not open to the public to tour because of automotive equipment takes up all the space in the small lighthouse. *note* be careful of lead paint around the lighthouse. After looking around I headed up the trail towards the Historical Fort Lawton area. One area I had to pass was the West Point Sewage Treatment Plant within the park. I forgot how nasty it is to walk pass this place on a hot summer day! I almost lost my lunch to putrid smell of untreated sewage waffling off the large tanks near the trail. 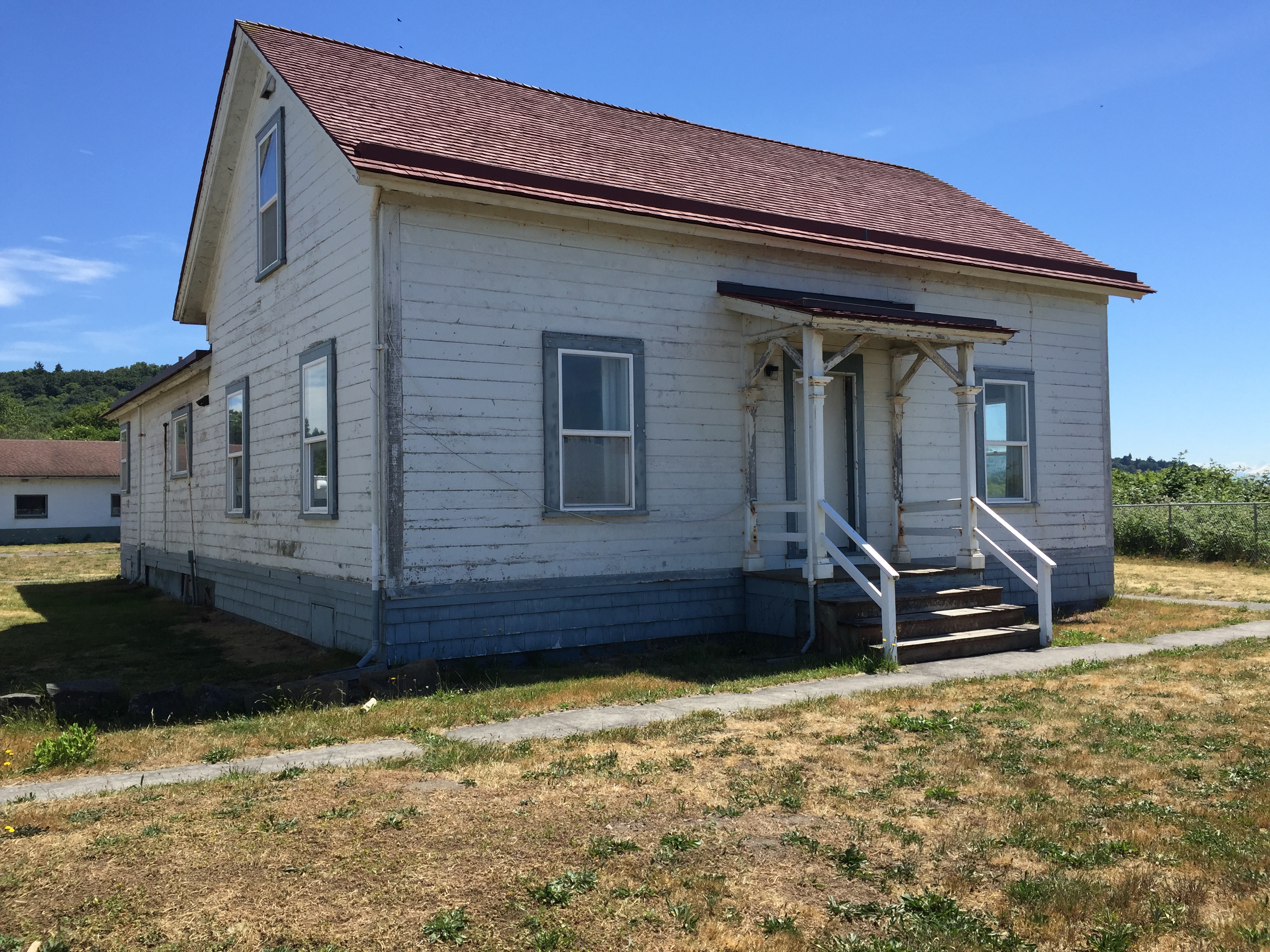 Next stop on the hike was the Fort Lawton Historical District. Up until 2011 this part of the park was an Army base. There are a few structures left to signify the remains of an active military post.The last time I was here in 2014, most of the buildings looked very dilapidated. Now they look all cleaned up and restored to blend in with the renovated officer’s houses going on the market. Twenty two of the remaining base houses have been converted into privet residences for the public to buy at an asking price of $799,000 to over 1.2 million. Base on the Zillow photos, these are not the base housing you would be assigned in the military. Few people were about in this part of the park, and came across a few people sitting in the shade of the buildings enjoying the quietness of a hot summer day. On top of the hill is the church where a stunning view of the snow cap peaks of the Olympic Mountain range can be seen. 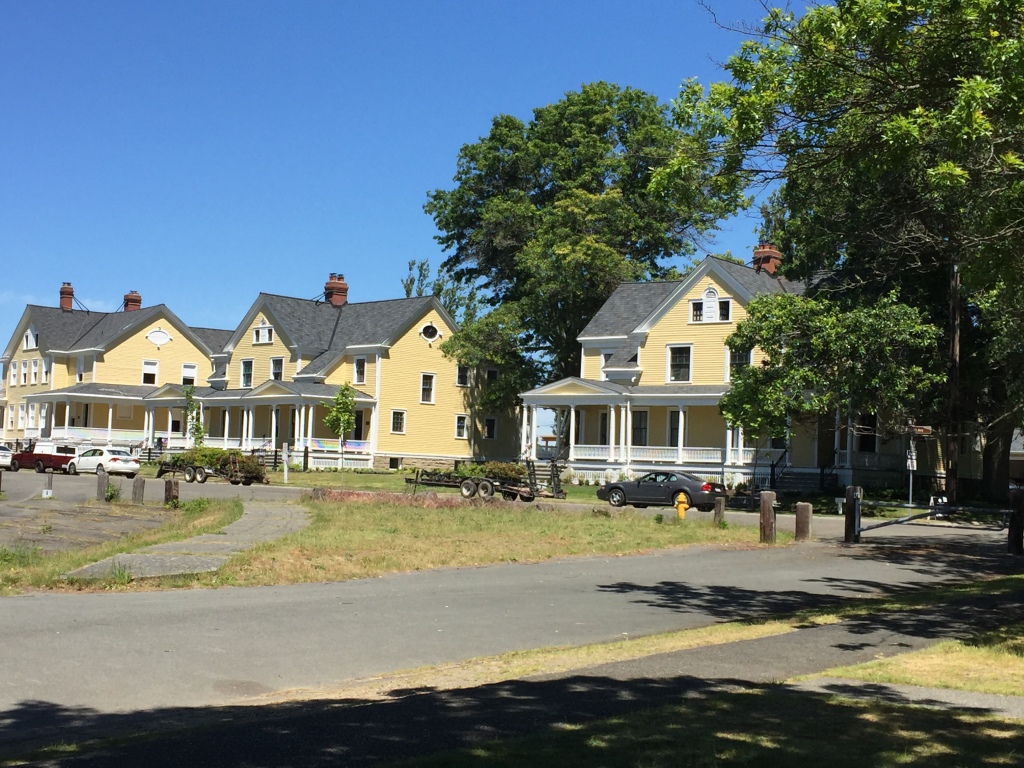 On the way back to the car, I came upon the old Fort Lawton Military Cemetery with bone white head stones in neat rows. The cemetery is small compared to the national ones I have been to. A quiet secluded place of rest for the living and those who have passed on. One of the headstones I came across dated back to the 1908 era when a family (Robinson’s) were laid to rest after fighting in the American Civil, Spanish-American and Mexican wars. This like many others in the small section had Civil War to World War Two as the wars represented by those laid to rest here. For a few moments I sat and reflected in this peaceful place under the flag pole.

The hike in total was five miles all around the park. I am very glad to have seen all of the sights with relative peace and quiet. I have come to a point where it is getting too crowed in Seattle area, and having less crowds to enjoy the park was well worth the sweat.