The Nutcracker… that is for children and adults who are children at heart.
Because of an adult is a good person, in his heart, he still is a child.
In every person, the best, most important part is that which remains from his childhood.
~George Balanchine

There is something about the season of Christmas that brings out the child in all of us. The sugar-plum candies on brightly decorated plates, merry tunes playing from a bygone era, and magic of twinkling lights in the rain. As I have grown older there is still a part of me still in child awe at the season of Christmas. The Nutcracker is one, walking along a pathway of lights as they do in Scandinavia, and being together with those who you cherish.

As the quote above says, The Nutcracker has been something I have always wanted to see. This past September I saw the tickets go on sale for the day after Thanksgiving and decided it was time to see this with Nana. I will admit I did pick out great seats for this matinée performance Sunday after Thanksgiving. 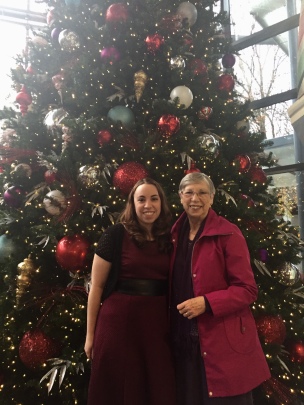 Since this version is different from the Stowell and Sendak Nutcracker many have seen before 2015, this version was brightly colorful and done with the spirit of Christmas all wrapped into two hours. Traditional Nutcracker is weaved throughout the ballet with the famous Sugar Plum Fairy and her Cavalier performing the pas de deux at the end. A new character with some humor to the story is Mother Ginger and her Polichinelle. You just have to go to see the Nutcracker to see this part!

On a clear cold December Saturday evening, a walk around Green Lake lighted with candles sounded like something Christmas to me. Since this part of Seattle is normally busy no matter what time of day it is, I decided to leave around 3:30pm to have plenty of time to find a parking spot on one of the surrounding streets. I scored one with relative ease! When I first started out on the path, volunteers were just beginning to light the candles and the sun was setting. Halfway around the lake was done with still light, and the other half was done with light from the many candles lining the path. 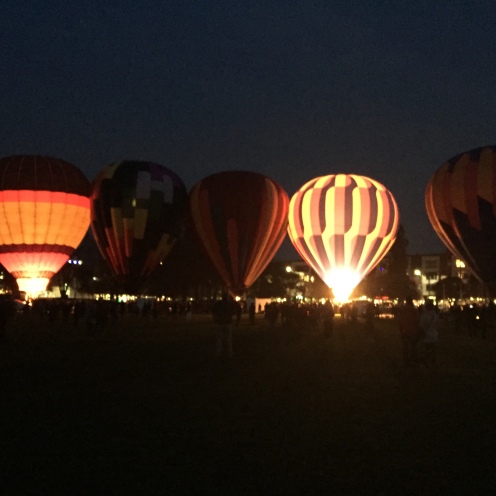 On the side of the lake where the community park is located was a bunch of hot air balloons laminating the dark skies, and giving off a spectacular view. unfortunately, there were no hot air balloon rides being done at the time. With some hot free hot chocolate in hand, and keeping an extra eye out for small children, walked around the rest of the lake with the masses. I will admit this event gets very crowded fast and people as my mom was saying, can become not so smart in the dark. So if you are not for big crowds, go at the very beginning.